“One of the most influential women of Dance Music” -mixmag When you hear the name Crystal Waters, you immediately think of a woman whose talent and brand has sustained her 30-year career, yet the span of her work continues to engage new fans and please her enormous base. In fact, this pioneer, innovator and dance music legend was also named by Billboard Magazine as “one of the most successful Dance Music Artists in the history of the Billboard Dance Music Chart.” Crystal is best known for her string of domestic and international number one dance hits in the 1990's, including her 1991 signature smash, "Gypsy Woman (She's Homeless)", which garnered her 3 American Music Award nominations and made her an international sensation. "Gypsy Woman" became a #1 global smash because of its socially-conscious lyrics and positively infectious hook. Crystal was firmly embraced by the dance community and in 1994, she again found mainstream success with "100% Pure Love," which became one of the longest charting songs, residing on the Billboard Hot 100 chart for a whopping 48 weeks. Along with her 3 American Music Award nominations, she went on to win 6 ASCAP Songwriter Awards, an MTV Video Music Award nod and 4 Billboard Music Awards, which she won for the Top-Selling Hot Dance Music Club Play Single. Born in Camden, NJ, right outside of Philadelphia, Crystal comes from a truly accomplished musical family. "My dad had a hit record in the early '60's and appeared on American Bandstand, performing under the name Junior Waters," she recalls, and her entertainer lineage doesn’t stop there. Crystal is the grand-niece of Ethel Waters, the legendary Academy Award nominee (Pinky, 1949) and Grammy Hall of Fame inductee. After high school, she was accepted to the prestigious Howard University to study computer science. Yet, a chance meeting with a psychic first inspired her to consider singing. "She said there was something I wasn't doing with my voice," Crystal recalls. "She also told me that I would not be happy until I did it." Crystal then set out on a singer / songwriter career writing her first of many hits to come, "Gypsy Woman." Crystal’s impressive 13 #1 Billboard Dance Chart hits and 11 Top 10 songs have resulted in well over 100 million streams on Spotify, YouTube, and 2.12 million followers on Shazam at the very least. Adding to her musical accolades, she had another #1 hit in Europe in 2009, with Alex Gaudino called "Destination Calabria," it achieved the #1 Pop Chart status in over 40 countries around the world. Later, her single "Testify" with UK producer Hi-Fi Sean was in top rotation on BBC Radio 2, a song that to date, she still gets asked to perform. Yet another #1 club hit was in 2018 with “I Am House,” produced by Sted-E & Hybrid Heights and released on Kenny Dope’s Dopewax Records, with Kenny being a 4x Grammy nominee himself. This would bring her overall tally of hits to 16 #1’s and Top 10 singles in over 15 countries to date. In 2021, a feature on RuPaul's Drag Race drove Crystal's '100% Pure Love' to re-enter the Top 10 on Billboard’s Dance/Electronic Sales Chart. With millions of new streams, and the decision to make it the year’s official anthem of NYC Pride, it ignited Universal Music to re-release the song with brand new remixes. Her recent release “Party People” with Dj Spen and remix by Michael Grey garnered major support from the likes of BBC Radio One, Nexus Radio, Pete Tong, Carl Cox, Low-Steppa and many others. With her studio work in constant flow, Crystal is on deck to work with some renowned producers on more amazing new upcoming releases. There’s more to this world-renowned artist than just releasing music. Since the start of her career, Crystal has been a staunch advocate for LBGTQ Rights and AIDS research. She was also involved in the creation of the Soundexchange Bill passed by the US Congress in 2008. (Soundexchange collects and distributes digital performance royalties for recording artists) and was invited to the White House along with several other artists for their efforts. Crystal also walked the halls of Capitol Hill speaking to Congress several times, advocating for the passage of the Performance Rights Act, which seeks to correct a loophole that allows AM and FM radio broadcasters to not pay performers for their work. Crystal has begun touring once again with the success of her songs "House of Light,” released on her own IAH Records label which landed a Top 10 position in the UK's Music Week Pop Dance Chart and "Never Enough" out now on Atlantic Records. “I Am House” is not only the name of Crystal’s record label and #1 Billboard Club hit, but also the name of her champion monthly radio podcast which features the latest and greatest vocal House Music, reaching over 6.7 million listeners and fans from all around the world. IAH Radio can be heard on SiriusXM Channel 141, Saturday and Sunday nights at 8pm ET as well. 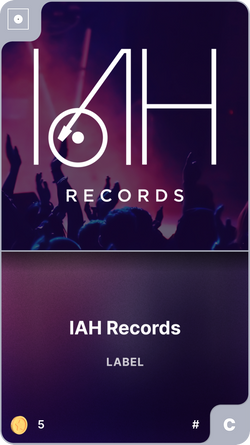 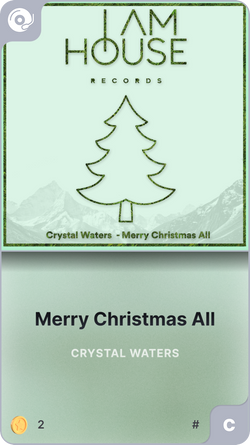 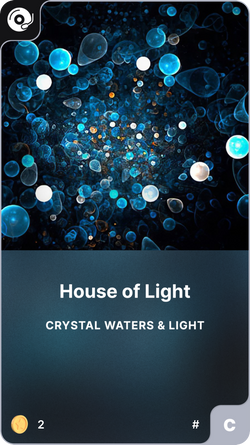 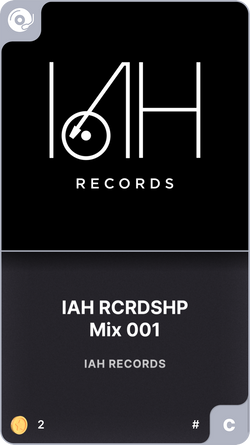 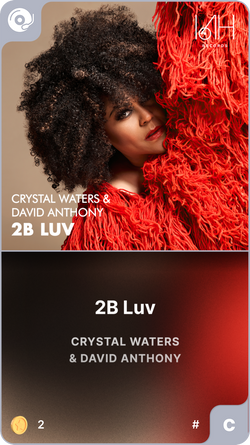