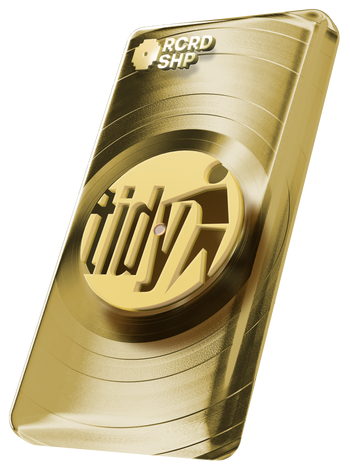 Twenty-seven years is enough time for anyone to make lasting memories. For Tidy Trax, it’s enough to fill several volumes. In partnership with RCRDSHP, the U.K. hard house imprint will offer a glimpse of that rich history with their first NFT music collectible drop: 27 Years of Tidy Trax.

These aren’t your run-of-the-mill music collectibles. Paired with rich written and video content, they include trivia on landmark Tidy releases that even the most diehard fans may not know. Music from 1995-2009 by Tidy Trax mainstays like Heavens Cry, Lee Pasch, Anne Savage, and the Tidy Boys themselves is highlighted, as are the label in addition to both of its imprints, UnTidy and Tidy Two.

Anyone with even a passive interest in dance music has heard music from Tidy at one time or another. What they may not realize is the seminal role this label played in the evolution of hard house.

TIDY TRAX: THEN AND NOW
Amadeus Mozart (yes, that’s his real name) and Andy Pickles, better known as the Tidy Boys, first launched Tidy Trax in 1995. At the time, they launched the label as an avenue for the harder sort of house tracks they enjoyed. Little did they know it would become synonymous with the emerging hard house genre, which has amassed a diehard following across the globe.

In 1997 the label expanded to include a sub label called Untidy. Unlike the main label’s trademark hard house fare such as ‘What Ya Got 4 Me’ by Signum or ‘The Dawn’ by the late Tony De Vit, Untidy specialized in underground club tracks like the imprint’s debut release, ‘Funky Groove’ by Untidy Dubs.

Tidy Trax branched out once again in 2022, this time into the spellbinding world of trance. The Tidy Two sub label gave a home to melodic, ethereal music such as ‘Serious Sound’ by Guyver and ‘Emotion’ by Lee Pasch.

For as much ground as they’ve covered, Tidy is still more excited about the future than anything in the rearview mirror. NFT collectibles enable them to connect with fans like never before, and there are exciting prizes in store for their biggest collectors.

FREE NFT
If you’re new to the NFT world, don’t feel overwhelmed! Tidy Trax wants to give you a free NFT collectible so you can get started and see what it’s all about. It contains a new track titled ‘Wowzers’ by Tidy mainstay Sam Townend. Get yours here: https://app.rcrdshp.com/campaigns/tidy-trax

Not only that, but players who buy a pack in the primary drop and opt-in by filling out a simple Google Form will be entered to win a 4 Berth Chalet ticket to Tidyland Weekender from July 8-10, 2022. Full details can be found on RCRDSHP’s Challenges page: https://app.rcrdshp.com/challenges/available