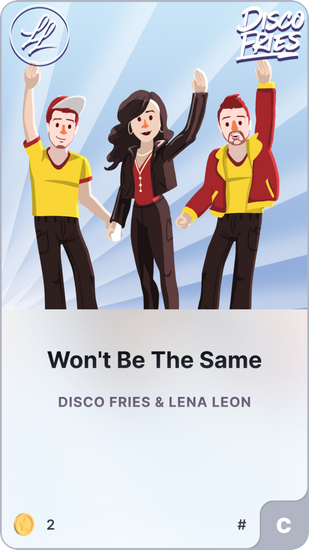 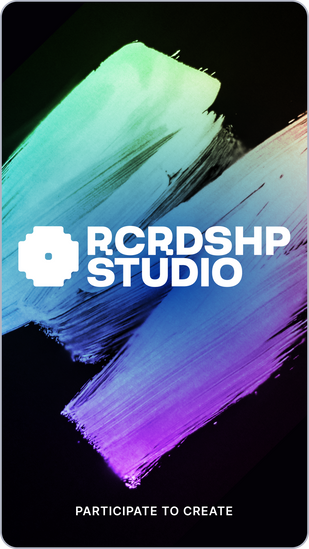 'Won't Be The Same' is the track that resulted from Disco Fries and Lena Leon's RCRDSHP Studio Challenge. While they streamed a first-of-its-kind production session live on Twitch, fans gave them suggestions in a private Discord channel.

One of 2 known designs in the Participate to Create set by Disco Fries. Go see more from this set in the marketplace.

One of 412 common cards minted of this release edition.
Locked Content